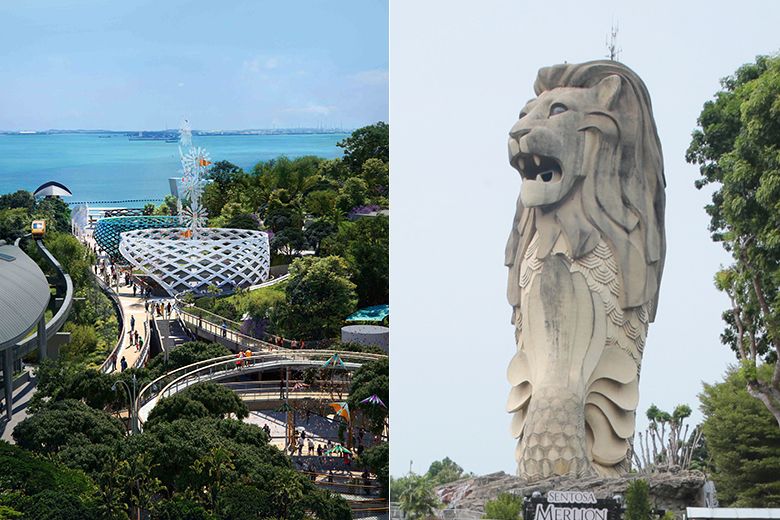 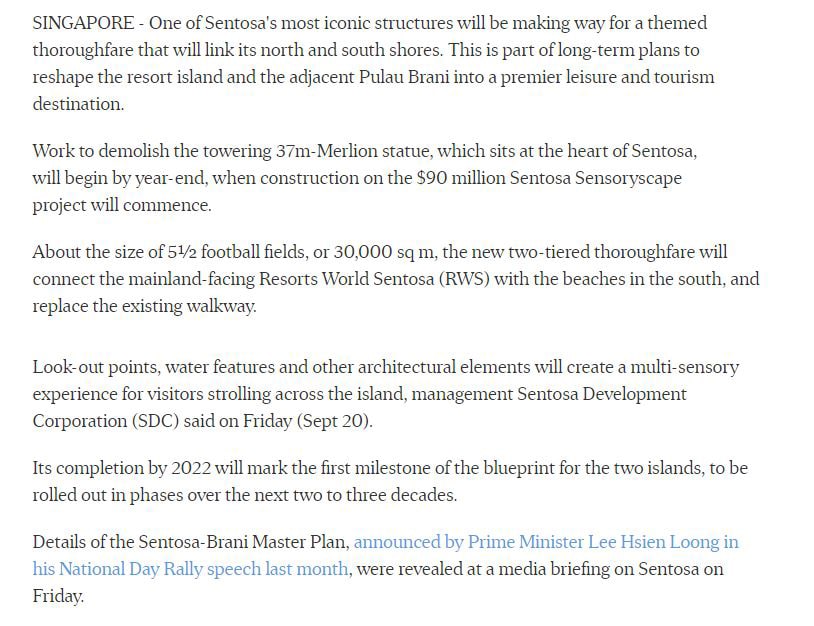 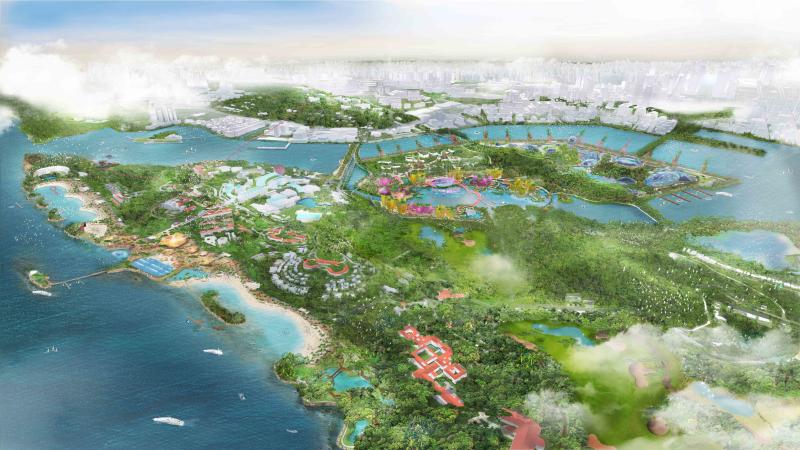 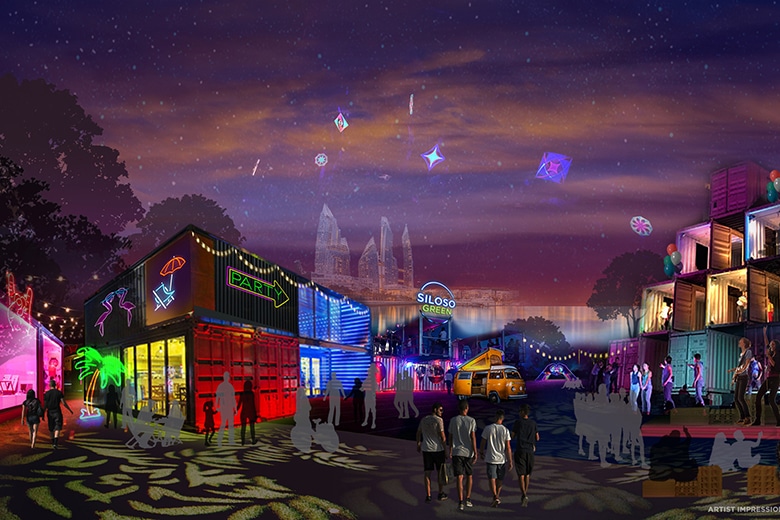 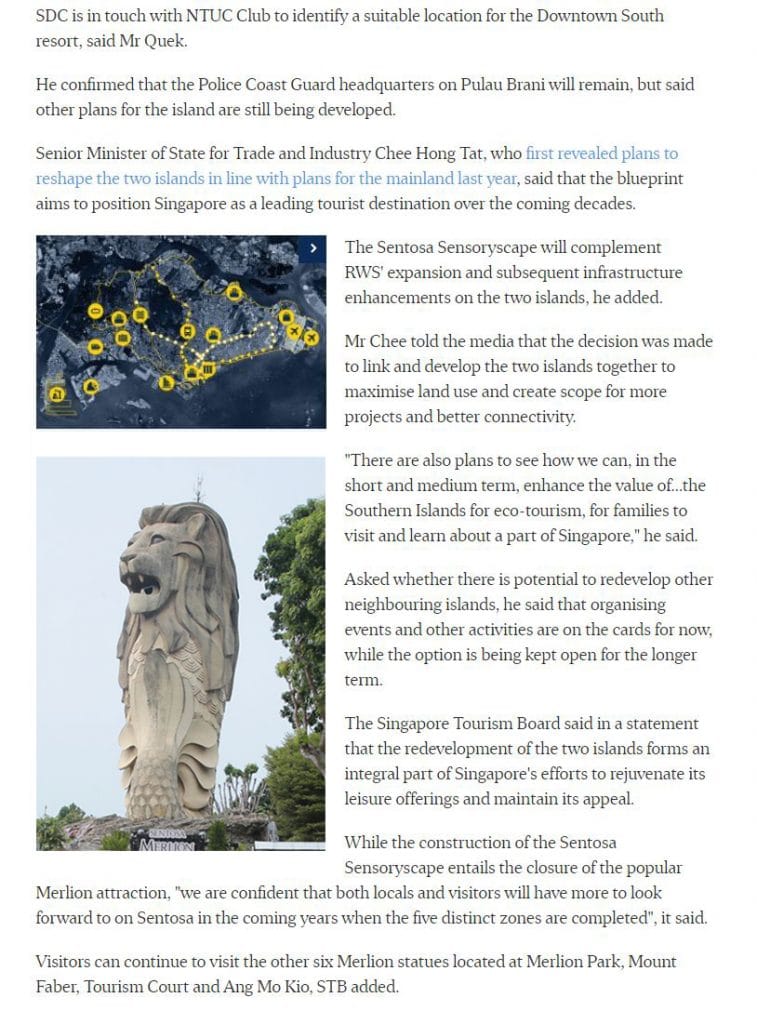 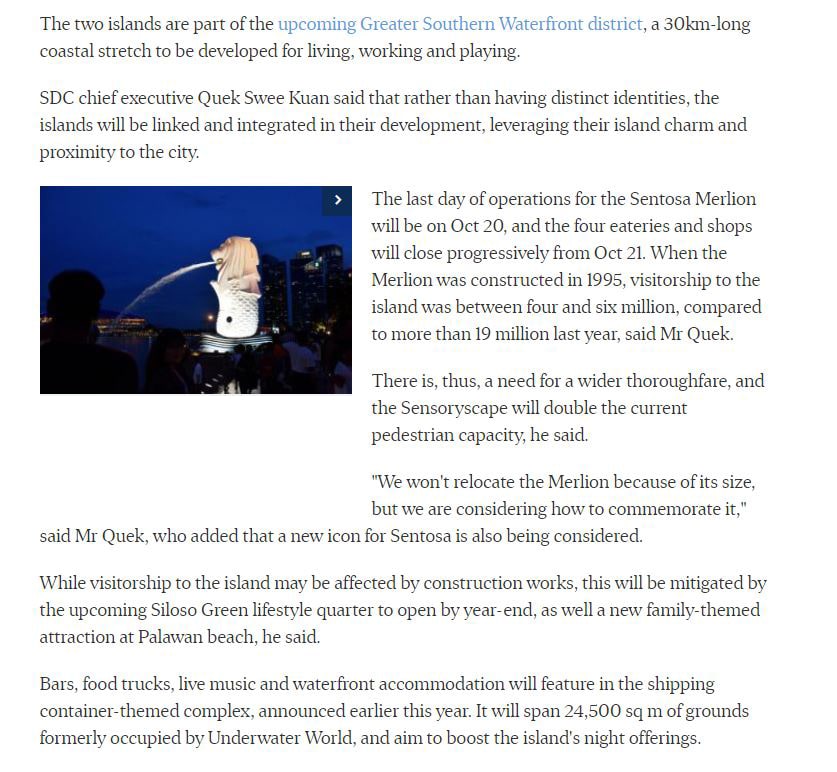 The Vibrant Cluster zone, which spans the 2 islands, will have large-scale attractions.

The Ridgeline zone will connect green spaces from Mount Faber to Mount Imbiah and have nature and heritage attractions, while Sentosa’s beaches are getting to be rejuvenated with a water show, fairgrounds and other attractions in the Beachfront zone.
Transport connectivity also are going to be enhanced, and a “Downtown South” resort modelled after the labour movement-run Downtown East in Pasir Ris, announced by PM Lee, will likely be built on Pulau Brani.

The 1.22-sq km Pulau Brani, about a quarter the size of Sentosa, now houses a port terminal, which will move to Tuas by 2027 along with the terminals in Keppel and Tanjong Pagar.
The two islands are a part of the upcoming Greater Southern Waterfront district, a 30km-long coastal stretch to be developed for living, working and playing.

SDC chief executive Quek Swee Kuan said that instead of having distinct identities, the islands are going to be linked and integrated in their development, leveraging their island charm and proximity to the city.
The Judgment Day of operations for the Sentosa Merlion are going to be on Oct 20, and therefore the four eateries and shops will close progressively from Oct 21. When the Merlion was constructed in 1995, visitorship to the island was between four and 6 million, compared to quite 19 million last year, said Mr Quek.

There is, thus, a requirement for a wider thoroughfare, and therefore the Sensoryscape will double the present pedestrian capacity, he said.

“We won’t relocate the Merlion due to its size, but we are considering the way to commemorate it,” said Mr Quek, who added that a replacement icon for Sentosa is additionally being considered.

While visitorship to the island could also be suffering from construction works, this may be mitigated by the upcoming Siloso Green lifestyle quarter to open by year-end, also a replacement family-themed attraction at Palawan beach, he said.

Bars, food trucks, live music and waterfront accommodation will feature within the shipping container-themed complex, announced earlier this year. It will span 24,500 sq m of grounds formerly occupied by Underwater World, and aim to spice up the island’s night offerings.